My Sunday Thoughts-It's a long weekend! 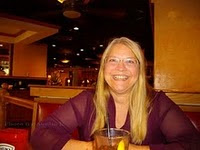 Well here it is Memorial Day Weekend. I remember when it was just a Day! Can't remember when it changed over to a Long weekend celebration. Its a Mark of the time one can wear White pants, shoes and Purses, or is that a thing of the past? on the TV Some folks were asked "What is memorial day to you?" they said things like;
Picnics and cookouts.
Family Party time.
A Day Celebration.
Pool time.
I was taken back, you see Memorial Day was set up to remember the Soldiers who lost their lives to make this Country Free. What happened to the School teaching. It must be in the text books! The other day my daughter stated that the teaches do not teach they just do what ever the state says.... I have a hard time with that. However after hearing some of the comments on Memorial Day, I am rethinking that.
A little history for you.
This day was set aside after the civil to honor and remember the fallen, there was so many of them! It was known as "Dedication day". Folks went to the grave and visited the dead, some times just setting and talking to them. Families and towns come together to Mourn their lost. It is believed that the first time it was observed was by formerly enslaved black people at the Washington Race Course. These folks were from what we know today as Charleston, South Carolina. The race track had been used as a slave imprisonment during the Civil War. After the war ended the Slaves that had been keep there were free. Did they Celebrate you ask.. No. What the did was gather up all the fallen soldiers and made a Grave site. Buried them all and set the that day as a remembrance of the cost of Freedom. It was called the Union Graveyard and on May 1, 1865 all came together to honor the fallen. They had sermons, singing and picnics on the grave yard grounds. Only the Black community attended and the children were said to be in the thousands.
On May 5 1868,General John A. Logan,commander-in-chief of the Grand Army of the Republic declared this Dedication Day be Nationwide and on the 30 of May. The date was chosen because it was not the actual anniversary of the war. The tombs of all the fallen of the Civil War were decorated with flowers.
In 1882 the name was changed to Memorial Day. It did not really go well and was not widely observed until after World War 2. The new name was not official until 1967. Then in 1968 a bill was passed to included Veteran day, Washington's Birthday and Memorial day all in one and making it a three day weekend event. The bill came in effect on the last Monday of May in 1971. By 1978 all states were observing this Memorial day on the same date.
Now How confusing is that? That's a little history of the Day we now observe and how it evolved. I wonder how it will be looked at in, oh let's say 40 years from now.....?
Posted by Auntie E at 8:22 AM