The Holidays are supposed to be a time of cheer and Peace. Family together and enjoying the sounds and spirits of the seasons. Well my came to a screeching halt. It went like this........

Thanksgiving had my Dad and family here, it started out great. Family, Food and Fun. Then we packed the car to take my daughter back to college. All in the car ready to go, opened the garage door and then turned the key........ No starting up the car. Not sure what was going on. Had to change cars and take the four wheel drive, unpack and repack the cars. Now we ran into snow so we thought it was a blessing that the other Car had broke down.

Once we got back, found out it was the battery. We replaced it and then my headlights shorted out. I replaced them. Now we did some decorations and got ready to take Dad back to Virginia. I spent a week there.

While at Dad's Granny and Grandpa were to move to Arizona. Grandpa was trying to ship the Car. That was a nightmare. Meanwhile he lost his phone charger and we need to try to find one. However the are not available except thought the phone company and would take 7 days to get. So Dad and I figured out how to rig one up for him. Now Grandpa, five day late leaving and two airplanes cancelled, decided to drive the Car to Raleigh North Carolina to be shipped out, and catch a flight out there. Once there he found out it would cost more, so they decided to drive to Arizona. A 95 year old and 87 year old and a Cat, it took them  days to get there.

Now I stayed at Dad for over a week. Help him with something at the house. Hubby was not feeling well. He had started to have a therapy on his hand.  The pain in the hand was getting worst. Went to a couple doctors, all said he just needed some more therapy. By the time I got home it had gotten worst. We ended up going to the ER and he had emergency surgery. Turns out that the hand had a bacteria infection that was very rare. Called Nocardia, So now it is six days later and he is still in the hospital.

I had to go pick my daughter up from College and while there I had a card decline. When I return home the next day, there was a message that the card had been compromised. So the account was closed.

It has been one thing after another. Not sure why all this is happening now. I only know " When it Rains it Pours..."

However I am still planing to have a Disney Vacation Holiday. Hubby might have a pic-line but we will have a wheelchair and enjoy the time together. And I will be the Caretaker once more during the holidays! Oh Lord just take all this and solve all the things, so we can celebrate this time together.
Posted by Auntie E at 6:05 PM No comments: 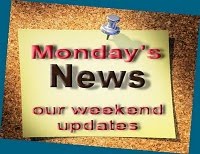 We got to see the Critter and Family yesterday. It is so great to see them. The last time we were together was Thanksgiving. Critter stated he wanted to Craving knife. The kind one uses for whittling. He also wanted a real tool kit. Guess the little boy is growing up. Can you believe he is almost nine! Oh how fast they grow up. Alex just wants a tree and  Disney buttons. So I will put up a tree in the condo for her. She was so happy about that. Love these little ones!

As many of you all know this year we are sharing our Hoilday time in Disney. Really looking forward to this time together. It will be the first time we are doing this kind of Destination Holiday. With my daughter in college and my Dad wanting to be alone at this time of the year. We decided now would be a great time for a change in how we celebrate the seasons. As many of the older followers know. My Mother passed away after this holiday. Actually  she was dieing just before Christmas, how ever the Cancer center was able to bring her back. We had a rough and sad time that holiday season. Not long after that Christmas day she died. Therefore this is a hard season for the Whole family, me especially.  Hoping this Destination holiday with the kids, Critter and Alex and my daughter will bring back the child in me. That part has been hard to get back to since Moms death.  Christmas was her favorite season. She had a special relationship with Santa. All my focus is on this  up coming trip and fun with the family in Disney. Disney seems to know how to bring the child out in all of us.

I spent a week at Dad's. My 95 year old grandmother ( mothers side) and her husband are moving to Arizona. So we said our farewells to them as they drove off into the sun. It will take them a while to get there. Granny can not drive due to her going blind and age problem. But that did not come from me, she would deny  the getting old age problems. We will miss seeing them regularly.

Was able to see my Uncle (my Moms brother), He loss his wife to cancer in October. It was nice to see him. He has retired from two law enforcement agencies and now is working still in law enforcement with another organization.  I think continuing to work help with the loss. He also has his kids and their families close by.

This is the First Chanukah season apart for us. I sent a package to my daughter so she could still enjoy the season. We will be celebrating the last night at home together and yes with all the trimming. Lighting the candles, Latkes, jelly doughnuts, music, singing and dancing.  Traditions are  hard to keep going when we are apart. However I guess learning new ways to share together is a must.   She calls each night every time she opens the gift. So in one way we are still enjoying it together. Maybe we can skype tonight. Love the new technology!

How was your weekend? Are you planning anything special for the holidays, different or the same?

Adoption is hard at first, just trying to adopt is not easy. We had our disappointment in the process. Once one gets though the heartaches and the little one is placed in your arms, all the heartaches go away. The next years are a blessing and we are over joyed with love. At a point we forget she is adopted and look at her as our own. Raise her to be a fine young person and send her off the college.

Never thinking she would start a search for the birth mother so soon. In today's technology it is very easy to do. Not sure how I feel about the Birth Mother and her family meeting our daughter at this early time frame.  A part of the child will be with them and was with them forever. Words are shared that are hard to handle for the Adopting family. Calling the families children her brother and sister, implying a family unit.  This is very hard to understand, therefore cause this feeling of loosing a part of her. As an adopted parent I have mixed feeling. Respecting the Birth mother for her sacrifice and trying to stay neutral in all of this process.

It is hard for people to understand the adopted parents view, sometimes. We have a desire to see our child happy and safe.  We have seen in our own family, reunions go bad and turn what should be a happy time into a nightmare. Changing the Lives of everyone forever. We know this reunion will take place and will totally support it. We Love our child greatly, but the fear of the unknown sometimes is overwhelming. Getting to know a person takes time. Moving too fast can cause emotions on all sides to flare up. Ending in a not so favorable  situation in both the adopted and birth parents life. This is the second hardest thing in our life. Feel like I am walking on fire and ice. I believe all the folks around her are trying to guide her in this situation, however she just can not heed their advice.

Was the adoption worth all this? Yes, Without the Child in our life, we would be a different person. The child would be a different person. This whole thing has affected me greatly, I am told by the child it shouldn't affect me at all. Why can't she see that I am part of her. Even though I did not give birth to her  we raising her from a baby. She became part of us in heart and mind. At times I wanted to hold her so tight she would adsorb into me.  Letting a child leave a go out on their own at eighteen is hard enough for a family.  The loneliness is hard. Yes dear I am affected by your decisions, even if you do not think I am.

Trying to find a support group to help me handling this phase of life. It is the holiday time and I just want to do nothing, to just not give anything out to family. Just roll up in a ball and hide away. That is my inter feeling. Need more time to process all of this. Trying to handle whats down the line in Life.
With a husband and father all not in good health. A daughter meeting her Birth Mother. The job market closing down and the stress of what should be a good season, I am on a downward slope.

Remembering my teen years and some of the choices I made, makes me realize life could be spinning out of control for my daughter also. If one can just wait a little things can work out better. When we try to fix thing ourselves it just makes thing harder. I am counting on the Lords help with this issue and praying for his Holy Spirit to give the knowledge and guidance we need. Let us take a deep breathe and listen in the quietness of our thoughts.
Posted by Auntie E at 7:28 AM No comments: