A Wedding Gift From the Queen

A New Title for Prince William and Princess Catherine 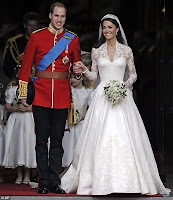 They were introduced as the New Duke and Duchess of Cambridge after their marriage. Looking into this I found out that the Queen chooses an available Duke title. There were three that were considered; Duke of Clarence, Duke of Cambridge, or Duke of Sussex. Each one was looked at according to the last Duke to hold the title of that area.
The Queen discussed her choices with Prince William, he takes all the information in consideration and decided if one will fit into his lifestyle. In other words how he would like to be remembered and does it represent his views.
According to The Telegraph, Tim Ross pins;

He (Prince William) suggested that the Duke of Cambridge could be perfect. A previous Duke of Cambridge, Prince George, who died in 1904, is reputed to have believed passionately in true love, claiming that arranged marriages were “doomed to failure”.

The title is decided on by the Queen and given as a gift to the couple after the Marriage Ceremony. I do not think Prince William would know which one the Queen chose until the
Day of marriage. I can just think after the marriage ceremony the two go back to sign the documents and the Queen presents the Gift of Duke and Duchess of Cambridge. They could have rejected it. However they both accepted it and Now will be Known as the Duke and Duchess of Cambridge.

Now you know, why they were introduced as the Duke and Duchess of Cambridge after they emerged from the signing of their Marriage documents.

Labels: Royality, the wedding Gift from the Queen.

We are enjoying are time with family today. Remembering the joy that has been bestowed to us, From our God Almighty and His Son, Jesus. Who Arose from the grave to overcome death and give us the joy of Everlasting Life! In Him(Jesus) we will never die. Our souls will just continue to live in His presence. What a gift of Joy to recieve from The Almighty God!


Happy Easter, the beginning of Our Everlasting Life. Available for all who seeks and accepts it. 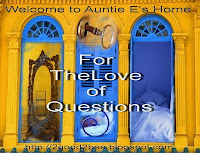 We are at Norfolk Virginia now. My daughter and I drove down on Wednesday. Yesterday we went to the Botanical Gardens. Dad and I haven't been there for over 20 years. Last time we went it was called Azalea Gardens. It was really enjoyable. I posted some photos on my Auntie E On the Go Blog.
They have Eagles nesting there. So we we able to see the nest and chicks. We even got a eye view of the adult eagle. What a sight!

Our Easter Celebration will be spent with Dad. We will go to Church and then out to our favorite Easter Brunch. Walk along the beach and just enjoy our freedom from bondage and the wonderful earth our Lord has created. Easter is a time to remember the true sacrifice and release from the sin that kept us from Gods Presences. A time to hold close our families and friends, to share the good news of a Everlasting Life and a hope of a New Earth and Heaven to come upon Lord Jesus' Second Coming.

Until that time I will enjoy this Earth and its wonders. Happy Easter Y'all.

What will you be doing this Easter Sunday?

Part of Aloha Friday Meme.
To see other questions follow this LINK to An Island Life.
There you will see other entries.
Posted by Auntie E at 8:30 AM 8 comments:

Spring Break-Headed to the Beach. 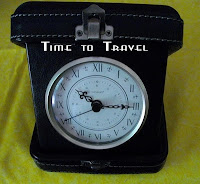 So, the time is here for a family Trip. It is spring break and we are headed to Virginia Beach. Weather is suppose to be in the 80's tomorrow and then in the 60's until Saturday. Easter Sunday back into the 80's. Granny is in her mid Nineties. Looking forward to seeing Dad.
Hope you all have a great Easter and can enjoy the time with your family.
Posted by Auntie E at 2:40 PM No comments:

Blogging is sometimes frustrating. I have been thinking about how to improve my sites. Trying to figure out what folks like to see on blogs can be tough. With so many different followers, one has to guess what will be of interest to folks. So, for today's questions I will ask.....


Now for me I like Current New interest, food blogs, and if I find a blogger I relate to, I love reading the going ons with them. Photos bring life to a post and I do like reading articles.

Part of Aloha Friday Meme.
To see other questions follow this LINK to An Island Life.
There you will see other entries.
Posted by Auntie E at 7:17 AM 3 comments: