When some of us blogger need to just add words on Wednesday's post. Surf over to Parenting by Dummies to join the Wordful Wednesday group.

Whatever you call him, he still represents the kindness of gift giving. Originally a priest by the name of Saint Nicholas. He was born 280AD, that is two hundred and eight years after the birth of Jesus Christ. Nicholas was from a town across from the Mediterranean Sea along the Southwest boarder, by Egypt and Israel. He was a christian and raised in the church. His parents where in their fifty when he was born. Those day life expectancy was not long. He had good morals and was raised to Treat others as you would want to be treated. He start Giving to the village folks who had nothing. First Putting Coins in their Stockings as they sleep in the night. Later on came the Physical gift, like Craved wood Toys and Crutches. He would listen to the town folks to find out what they needed. he never told folks it was him. Giving in a secret fashion and standing back to see their joy. It got to be the talk of the town and word spread fast. folks even stay up to try to see him, however they never did!

No matter what you think of Santa Clause, as we call him, his spirit of Giving was meant to be Christ like. Even though the gift of Jesus, Everlasting Life is so much more precious, We hold on to the Joy we see in the children and Adults as they open gift supplied by the Santa spirit.
I love all the looks of Santa throughout all the countries. Just think Santa is known almost everywhere!

I have left this one large,
click on photo to see them close up.... 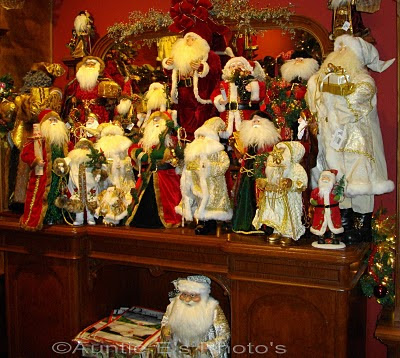 Here are some view of Our Town Santa visiting the Neighborhoods. To check on their list and remind them to be good. 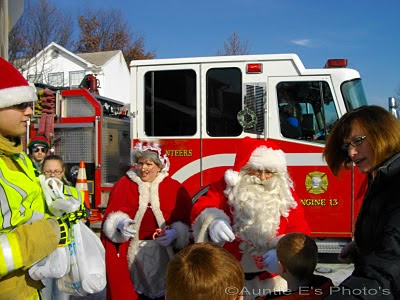 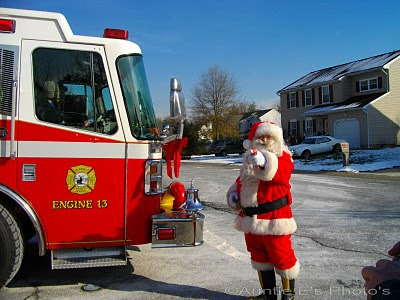